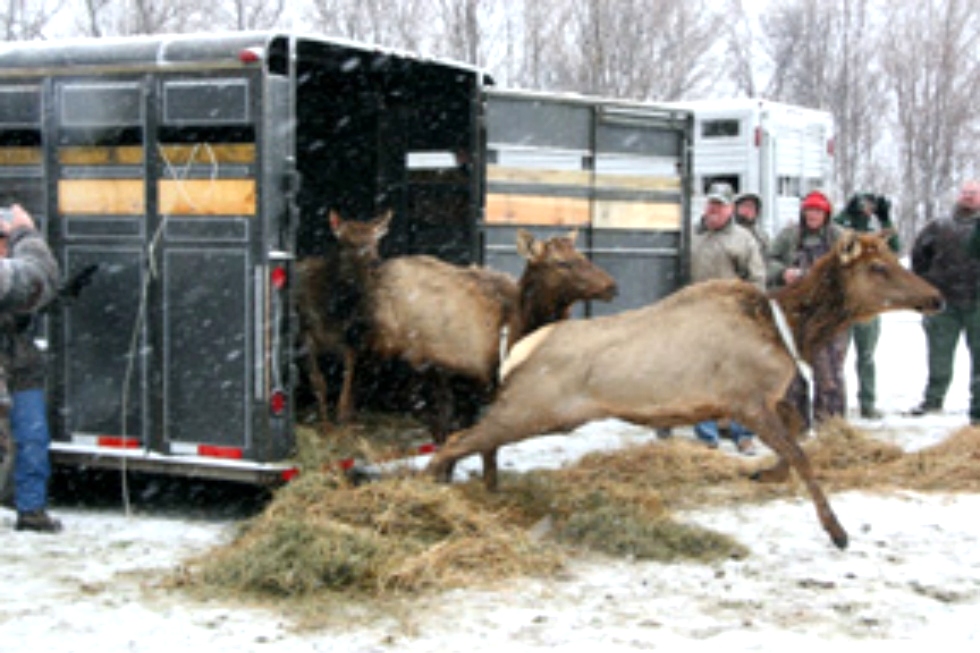 An estimated 500 people braved the elements on the morning of Saturday, March 8th, to witness thirty-four elk being released at the Royal Blue Wildlife Management Area in Campbell County. The elk were transported from the Land-Between-The-Lakes area in Kentucky after all test results reflected a clean bill of health for the entire herd.

The elk began the trip to their new home on Friday morning in four specially designed trailers. They arrived after dark that evening and were held overnight at Royal Blue WMA. Saturday morning the trailer doors were opened and the elk surveyed their new home as a beautiful blanket of snow fell on the already snow covered Massengale Mountain.

ŌĆ£We are dedicating this release to the memory of Judge Asbury, the late founder and former president of the Campbell Outdoor Recreation Association,ŌĆØ stated Gary Myers, Executive Director of the TWRA. ŌĆ£We owe so much to him as he helped make our elk restoration program possible in this area.ŌĆØ
Terry Lewis, current CORA president and Tennessee Wildlife Federation board member, opened the door on the first trailer. The release Saturday is another chapter of the Tennessee Elk Restoration Program. The elk were moved from the 700 acres at LBL to the elk restoration zone of 670,000 acres of Royal Blue WMA. Some of the elk transported have been at LBL since the program began in 1996.

© Copyright 2021 - All images and content are the properties of their respective owners.